Semi Classical Music several types makes Indian Music to Stand out among others. Thumri, Dadra, Qawwali,Ghazal,Chaiti,Kajria are few to name. Also, A Unique Light music’ is also called as “Sugama Sangeetham” , The semi-classical gurus teaches Bakti , Bhaava Geetham and other forms of semi-classical and light music, Semi-classical is not a different technology all together . Students need to develop the tonal quality of your voice to understand the different ornamentation structures associated. Just like in Carnatic, light music too has a foundational course. 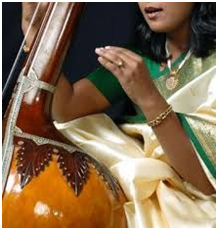 We begin with this foundation and then start off with small songs, students get a foundational classical training before they learn semi-classical music. Sometimes, All those who have developed expertise in their particular genre of light music have a classical base. KALAANJHARI teaches both classical and light music. While the classical classes are treated as a Separate Group depending on their Vocal test and interest, where as , the light music classes are conducted in a group. Classes are held once a week for 90mins. Separate batches for Juniors and Seniors. Songs are more of Telugu and Hindi.

Songs in Bollywood and Tollywood movies are deliberately crafted with lyrics often written by distinguished poets or literati (often different from those who write the film script), and these lyrics are often then set to music, carefully choreographed to match the dance routine or script of the film. 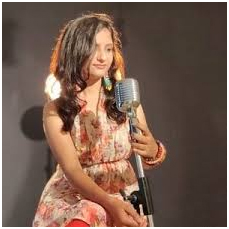 Whether you are new to singing or an experienced vocalist, we make it fun and easy for anyone to learn their favorite song. The course will teach you step-by-step, covering the lyrics, song situation, music composition and finer nuances such as the inflections and ornamentation.

Though everyone's range is specific to their voice, most vocal ranges are categorized within 6 common voice types: Bass, Baritone, Tenor, Alto, Mezzo-Soprano, and Soprano. If you've been part of a choir before, you're probably pretty familiar with these ranges.

In classical Indian music, there are two great traditions today. They differ significantly in their instruments, repertoire, musical vocabulary and forms. Hindustani music is mainly practiced in the North and Carnatic music in the South. It’s origins date back to sacred Vedic scriptures over 6,000 years ago where chants developed a system of musical notes and rhythmic cycles.They have common roots in the Sama-Veda, in which musical rules for the use of three to seven notes in reciting sacred texts of the Rig-Veda were described.

In this way, Indian classical music is very closely connected to nature, taking inspiration from natural phenomena including the seasons and times of the day to create ‘ragas’ or musical moods and many time cycles or ‘taals’ that have been further codified.

KALAANJHARI , provides a huge platform for students who are interested on Carnatic Music. Carnatic Music classes are available online weekly 90mins. Friday and Saturdays students can choose their batches as per their convenience. 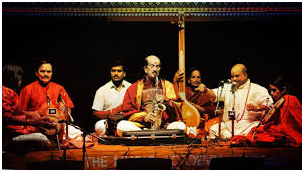 Carnatic music is mainly at home in the four South Indian states Andhra Pradesh, Karnataka, Kerala and Tamil Nadu and also in the Tamil speaking part of Sri Lanka. Its core are the vocal compositions of great masters, both in the classroom and in concert. Here, the musical structure and the text are equally important. Even if Carnatic music is played on an instrument, it is based on the song - special instrumental compositions are not common. Improvisation in raga and tala takes up less space than in Hindustani music and is often incorporated into the composition. However, Carnatic music has its own form of improvisation in a format called Ragam Tanam Pallavi, consisting of three successive elements: In Ragam the raga unfolds purely melodically without any fixed metre, in Tanam the raga melodies are woven into a rhythmic pulse, and Pallavi consists of a row of improvisations around a recurring short chorus.

KALAANJHARI , provides a huge platform for students who are interested on Carnatic Music. Carnatic Music classes are available online weekly 90mins. Friday and Saturdays students can choose their batches as per their convenience. 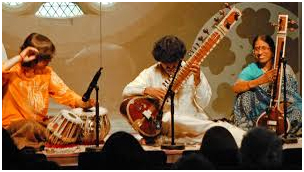 Hindustani music is cultivated throughout the India states north of Karnataka and Andhra Pradesh, as well as in Pakistan, Bangladesh, Nepal and Afghanistan. It emerged from the confrontation with Persian influences that came to North India with the Muslim rulers. Stars like Ravi Shankar, Ali Akbar Khan and Zakir Hussain have gained worldwide reputation for Hindustani music in the second half of the 20th century.

This is a Unique Concept , tribute to Lord Venkateshwara by KALAANJHARI students offering , Annamacharya Keerthanas in a unique way by learning to tune them and delivering on the Bhakti plaftform.

Students are handpicked by the Gurus for this Course. Not every body are chosen for this Program. Only Selected Students will be given training and mentored by the Gurus . 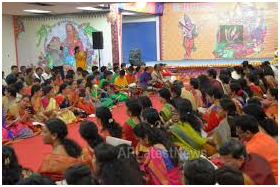 Annamayya is said to have composed as many as 32,000 sankeertanas (songs) on the god Venkateswara of which only about 12,000 are available today. He is also the author of musical treatise called "Sankirthana lakshanamu".

Annamayya considered his compositions as floral offerings to Venkateswara. In the poems, he praises the deity, describes his love for him, argues and quarrels with the Lord, confesses the devotee's failures and apprehensions, and surrenders himself to Venkateshwara. His songs are classified into the Adhyaatma (spiritual) and Sringaara (romantic) sankeertanas genres. His songs in the "Sringaara" genre worship Venkateswara by describing the romantic adventures of Venkateshwara and his consort Alamelu, while others describe the Bhakti of his devotees.

Students are shortlisted by Gurus for learining unique 300 Keerthanas exclusive tuned for Lord Venkateshwara. This batch is not on Students choice, this batch would be selected by Gurus and they teach the Keerthanas for particular group and tunes .

KALAANJHARI to become a stepping stone for success of every Individual, who is a Lover of Art & Culture